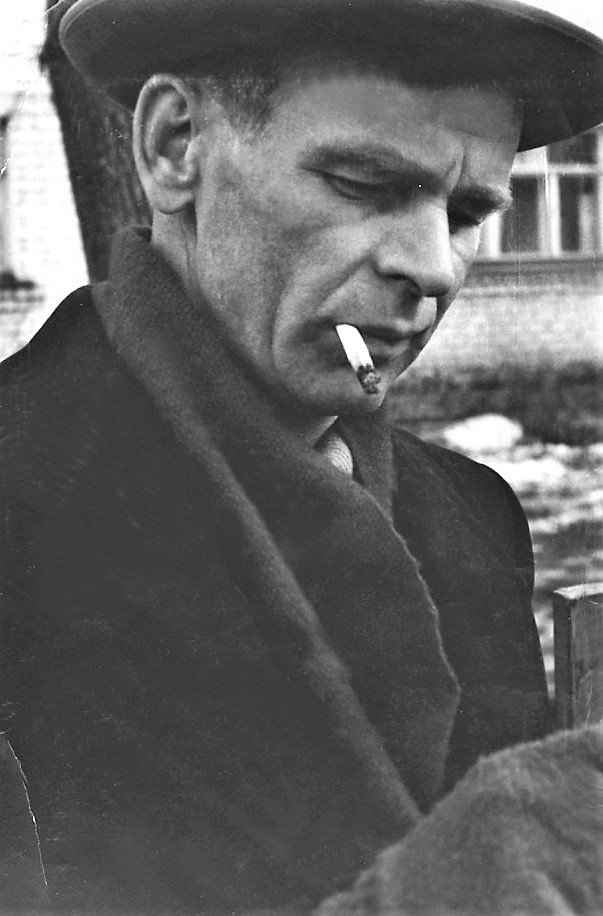 “In the end, Golubev may be looked upon in the Russian tradition as not being of this world – a sort of Russian “Holy Man” with all of the implied qualifications and attributes – a “Holy Man” who gave his soul and his special gift to the world.” Albert Kostenevich, Keeper of Impressionist Paintings State Hermitage Museum St. Petersburg, Russia Born on June 15, 1925, in Medvezhe, a village in the Soligalich Area of the Kostroma Region... Show More

“In the end, Golubev may be looked upon in the Russian tradition as not being of this world – a sort of Russian “Holy Man” with all of the implied qualifications and attributes – a “Holy Man” who gave his soul and his special gift to the world.”

Born on June 15, 1925, in Medvezhe, a village in the Soligalich Area of the Kostroma Region in the very heart of Northern Russia, Golubev was fired by a desire to study and learn. That desire brought the village boy of Russian peasant roots to study at Leningrad Art School. But his studies were broken off by World War II and it wasn’t until 1951 that he finally graduated.

The 1950’s and 1960’s followed. His art developed along the lines of classical Russian Realism, as he gradually mastered the emotional potential of plein air painting of the kind so powerfully manifested in Russian painting from the end of the 19th Century. His landscapes from this period are melancholy, contemplative images of rural Russia, echoing the paintings of Isaak Levitan.

Ultimately Golubev found his way towards an impressionist understanding of color. His landscapes became more painterly, and his lyrical descriptive mood was replaced by a manner in which color came to play an active, central role, and eventually became symbolic. From the early 1970’s, Golubev was entirely dedicated to the principles of post-impressionism, of which he had created his own original Russian version. His energetic impasto, the free and open brushstrokes, the disturbing color harmonies gave the traditionally intimate central Russian landscape drama and a new penetrating content.

Modest, focused within himself, introverted, preferring to spend all his time out in the open air, he had no interest in self-representation or in any of the social and political manifestations which were obligatory in official art. Official art saw him as an outsider, as something alien.

Golubev never produced a single commissioned portrait. This brilliant exponent of post-impressionism was never part of the cultural elite. If he had been, he would have been seen as western-oriented, a cosmopolitan, a dangerous category for an artist of his day. Instead he was a humble man, a “man of the earth”, and could hardly be suspected of such western leanings. He learned the lessons of impressionism and then post-impressionism independently until they combined, intertwined and became the fruit of his own development. In the face of his incontrovertible fact, the powers-that-be preferred simply to ignore his work.

Golubev’s time was one of isolation in terms of the information available. It was impossible to gain normal objective information about all of the latest trends in art while he was a student. But thanks to Golubev’s independence he emerged through the most turbulent times to create highly cultured and refined paintings. Even in the face of totalitarian oppression he found optimism and the courage to express what was in his heart, engaging in the forbidden art form of expressionism: his own personal version of expressionism, absolutely independent of any connection or knowledge of artistic trends of the west. Yet, curiously, he reached many of the same conclusions as such major expressionists as Munch and Dufy. Golubev combined his naïve folksy view of the world with his personal suffering delivering an intense contemporary statement with an unassuming approach.

Vasily Golubev, arguably one of the most important Russian expressionists of the 20th Century, like other Russian 20th Century painters: Kandinsky, Chagall, Malevich, and more was practically unknown in his homeland. If not for the work of the Pushkin Group, this name might have been forgotten.

Artists of Leningrad : A collection of articles/Compiled by I.N. Viunova. Leningrad, 1977.

Shekhter, T.Ye. Unofficial Art of St. Petersburg (Leningrad) as a Phenomenon of Culture of the Second Half of the 20th Century. St. Petersburg, 1995.

Roitenburg, Olga. Has Anyone Really Remembered that We Had Been… Moscow. Galart, 2004.

Pospelov, G. Russian Cézannism of the Early ?? Century // Paul Cezanne and Russian Avant-garde of the Beginning of the 20th Century. St. Petersburg,1998.

Borovsky, A. The Academic Dacha through the Eyes of Nikolai Timkov.
The Pushkin Group, Albuquerque, New Mexico, 1999.

Borovsky, A. The Role of the Collector in Contemporary Russian Culture and Russian Art Collections in the West. In : Forbidden Art. The Postwar Russian Avant-garde. D.A.P., N-Y, 1998.